I first met Betony during Paris Fashion Week in the space where she works one-on-one with her private clients. Eden, as she calls it, is a handsome room that’s just dark enough for your eyes to comfortably adjust and your voice to fall to a whisper. It seemed to hum with a frenetic, sexual energy. It was like a museum that encouraged its patrons to engage with the art hands-on. Fine jewelry was mixed in with the erotic pieces: rings and necklaces, earrings and cuffs, some meant to be worn as simple jewelry, others dual purpose, each inextricable from the brand’s sensual nature. It was a press appointment unlike any other. It’s one thing to meet someone who has good ideas. It’s quite another to hear how she executed them — especially when the initial response was, “You’re crazy.”

When she came to New York for a presentation at Dover Street Market, I had to interview her.

How did you get started?

What was the catalyst that took you from having an interesting idea to acting on it?

I was sitting in a restaurant with a friend. I was wearing my Sado-Chic Kit, a bracelet attached to a ring with a chain. I passed the ring that was on my finger to my friend, who put it on his finger, and I felt something, like a charge. I felt very connected to this person — more so than ever before — and I had an epiphany. I said to him, “Can you feel it?” And he said yes. No one had more power than the other, [we] were just connected. So that was the realization.

Everybody said, “You’re crazy.” I plowed ahead. I started hosting sexual well-being salons and continued designing for private clients.

What made you keep going? What fueled that drive?

I have never done anything but embrace my own pleasure, and I didn’t understand why everybody else wasn’t embracing their own pleasure, too. The whole body is a sexual organ if we use it that way. It’s a question of knowing that, understanding the body and understanding how to do it. My book, The Boudoir Bible, explains all of this. Men were told for 2,000 years that they were more sexually evolved. But today we know that’s not the truth. That’s exciting because there’s a movement happening. I mean, you’re sitting in front of me, tranquilly, having this conversation with me, which may not have always been the case.

That was going to be my next question. When did you start to see a shift in attitude, and what do you think shifted it?

I decided to become an educator. I didn’t really have a choice. Either I educated my future clients, or I didn’t, and I wouldn’t be where I am today, on this lifelong path, if I hadn’t. I know this path is going to be mine until the day I drop, which is great.

It was also thanks to some very special and bright people in media. If it hadn’t been for the support I received from fearless women who went forth and said, “Hey, I want to talk about this in top-tier magazines around the world…” They found their angle, you know? That started happening around 1995.

How has the internet played a role in the success of your business?

The internet has provided greater access. I have a lot of people coming to me through the internet now who have very specific desires. Sometimes they want to have a bespoke object made or a talk therapy session, and sometimes they want to experience the body-work therapies I have developed over the years. This takes place in my private salon, Eden, in Paris. The internet is amazing because it provides a private space in which to explore my work and it also allows me to explain what a salesperson in a classic retail venue may feel inhibited to talk about.

I work privately with a lot of women who seek me out because they’re not finding their pleasure. We have to understand the body and learn to celebrate it.

There’s still a lot of fear around sex. There really is no “safe way” to have sex, but we can have safer sex, more intelligent sex and not shut down. In terms of orgasm and female orgasm, I believe the only way to open those doors is to feel free to do so. I give a lot of permission. A lot of my work hinges on giving permission to people and shedding the detrimental effects of shame.

This year I’m completely standing in the light. I’ve shed all fear. I’ve got nothing to hide. I’m able to actually communicate about what I do today, which is exciting, not just to those within the fashion industry, but also the design industry, the art world. I’m exhibiting my Boudoir Box at the MEDUSA exhibit at the Museum of Modern Art in Paris.

The business aspect is interesting because as much as we’ve moved forward in this sexual arena, there still aren’t many stores that can handle my work. There are brave entities, of course, like Dover Street Market, but catering to retailers is not my focus. My focus is my online business. I know that people who are looking at my work want to do it with intimacy. I’m working on a section of the website that’s for collectors only, so I’m able to represent some of the things that I prefer not to put on the front of the website. I want also to be able to span age groups. There are a lot of young women who follow me and who are interested in my work but maybe can’t afford it today, so we’re talking about what an entry-level price point product might look like, and where it would live.

What sort of advice would you give to someone who wants to start her own business?

Respect what happened before you, know your history and do something fresh. You have to trust yourself. And that’s what I’m helping people to do: to discover who they are at the root, being okay with that, stepping out of the social demands. The fact that I’m a woman who wanted a divorce, who didn’t want kids so I had my fallopian tubes tied — people think I’m crazy when I tell them this. As a young designer, it’s important to look around you for the things that need to be changed. Ask, “How can I make the world a better place?”

I invite people to think outside of the box. Look and see what needs to be fixed. That’s what I did. I believe our sexuality is an integral part of who we are, and if we can find a way to make that part of us balanced and well and resolved, everything else will follow suit. 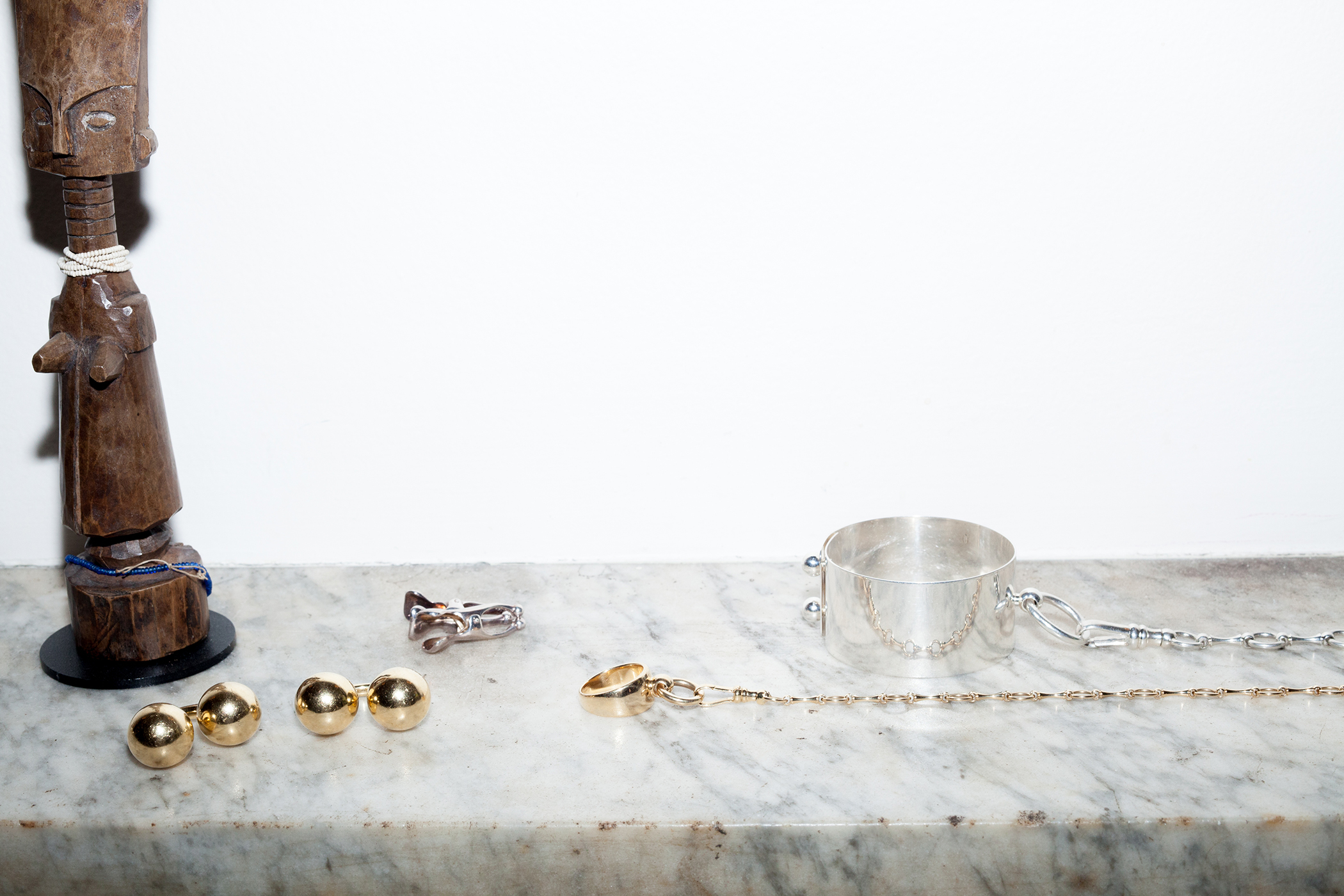